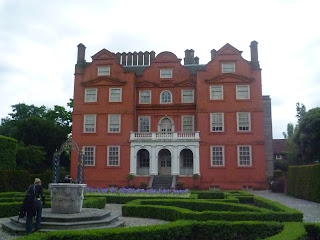 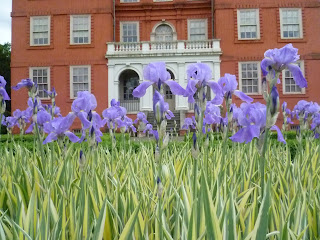 Recently, I attended a creative writing course with  Catherine King  on writing historical romantic fiction. It was organised by Spread the Word in conjunction with Kew Palace .

What an inspiring day. After meeting up at the Elizabeth Gate we walked through Kew Gardens to the Palace and sat around a large table in the Undercroft and entered the world of imagination. What makes a writer, finding your viewpoint, researching your story all led into a guided tour of the Palace by Mary who loves the Palace so much that her passion was infectious. We walked room by room through history, a visual, verbal sensory history. The other tour guides were all dressed in Georgian costume, inviting conversation as well as smiles. How lovely to be able to converse with Georgian characters who were just itching to talk. Each room told its own story with audio voices that whispered out of the walls as though you had just dropped in on a conversation. Indeed, later in the afternoon I went and sat in the window seat in the Queen's Boudoir and  listened to the words of Queen Charlotte [Grandmother of Queen Victoria] in discussion with her daughters and gazed out of the window at the parterre, absorbed history and contemplated sewing and cards and thought about how women passed the time. 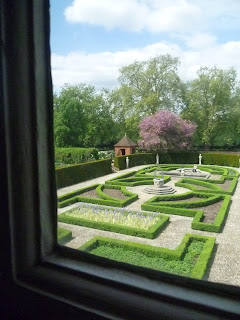 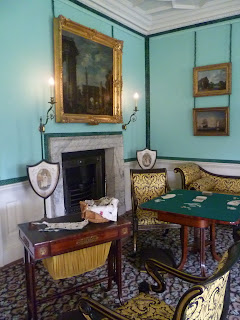 We heard about the madness of King George III , the porphyria that changed history and the treatments that ensued. Also we observed the chair that Queen Charlotte is said to have died sitting in in 1818. 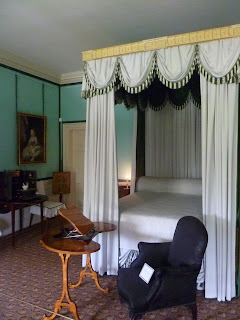 Society had not been very complementary about the young Princess Charlotte of Mecklenburg-Strelitz but I found her to be beautiful and the story of her marriage to King George rather enchanting but ultimately very sad. 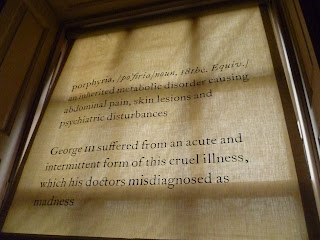 Past lockets of hair, diamond encrusted brooches, pocket watches and enamelled snuff boxes, we wandered upstairs to the Princesses rooms and less opulence. Where a decision to leave renovation at the early uncovering stage was an interesting contrast to the intense colours exhibited in the rooms below. 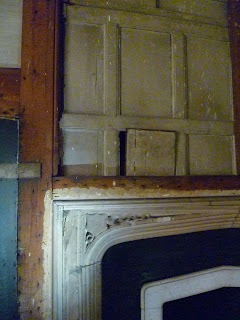 For me, it brilliantly conveyed the under development and entrapment of women in a royal gilded cage, where all was not as it seemed. 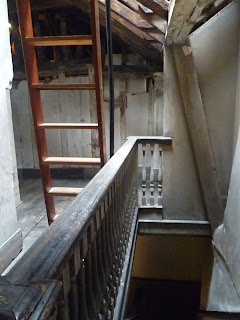 Then upstairs again to the attics, not a normal part of the visitors route. A glorious smell of wood and dust. Many rooms, fireplaces, cupboards, wooden beams and windows peering out onto the roofspace, gardens and River Thames .Once Servant quarters, also a nursery and schoolrooms. This has been home to many and some have left their mark, with witch symbols to ward away evil spirits from entering through windows and fireplaces. 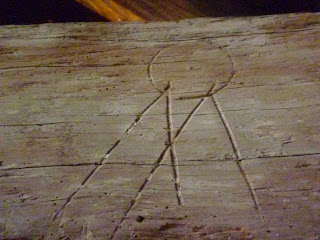 Plus some more modern day graffiti 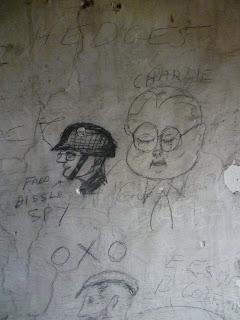 Here I peeked behind the blinds at the river and the view from the roof. At dead moths and wasps on the windowsills, and thought that an undercurrent is always visible behind any gilded surface.
In the afternoon I sat in the garden and watched the water play from the fountain, walked along the laburnum walk and observed the flowers and little seeds were planting in my mind. 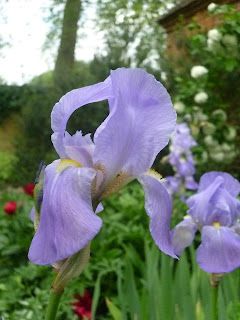 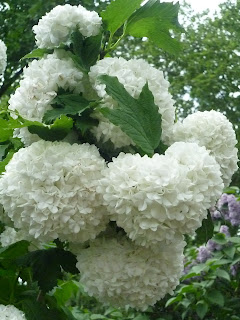 Looked up at the windows from which I had looked down from and started to write. 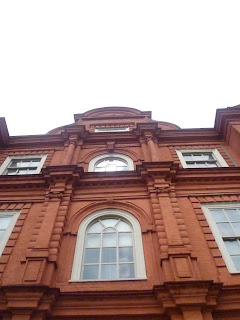 As a group we then met up and shared. It was instructive,entertaining and above all inspiring.So many points of view, so many characters to create, so many possible pathways to explore and I don't just mean the laburnum walkway. 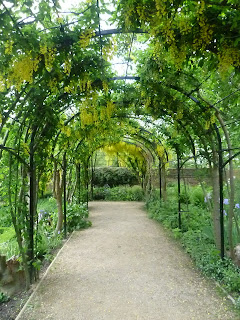