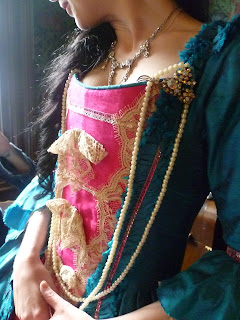 If I was self-publishing, this would be my cover for the book that I am writing. Whoever said that history is boring,was wrong, so wrong. Also, why should writing a book always mean writing alone? Part of a writer's research can be such fun and interesting, unexpected characters develop along the way. Stories come to life if period detail can be threaded through the fiction. 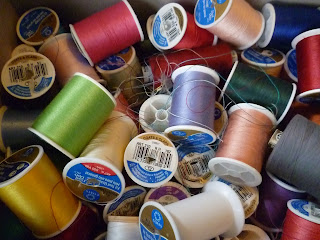 So after Writing Historical Romantic Fiction with Catherine King  a novel started to form in my head. A character came out of the woodwork at Kew Palace and has begun her journey and several thousand words in it was time to do a little more research. Now study does not always have to be document based even if books are involved. I took myself off to Shoreditch High Street toTime for Tea and joined Jillian Drujon from Feather and Flask for Crafternoon Tea and made an 18th Century inspired fascinator. 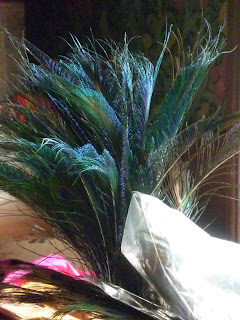 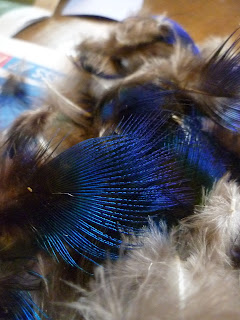 We began with the basics:

Feathers, fabrics, ribbons, a base card and glue, flowers and lace along with imagination and nimble fingers . 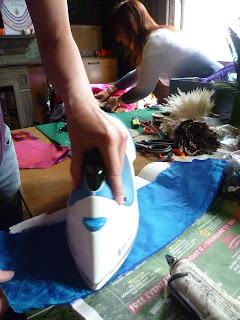 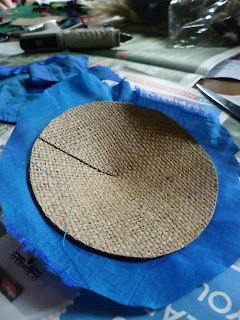 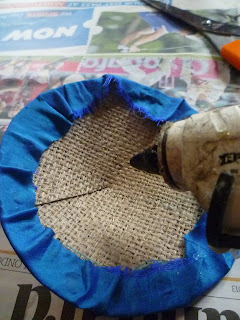 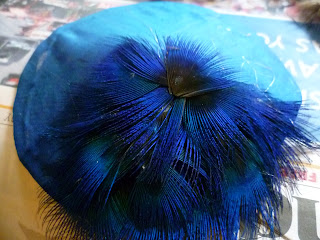 We were all given cards with Georgian personalities attached, this was the history lesson, salacious at that. My character was Margaret Clap, who ran a 'Molly House' in Holburn around 1726 for the gay society. A flamboyant figure, she was sentenced to the corporal punishment of pillory which meant to the stocks, fined and then was due to be imprisoned but died from injuries sustained in the stocks. Others were Mary Young known by her nickname as Jenny Diver, famous as a pick pocket, Sarah Pridden, known as Sally Salisbury a high class courtesan, Mary Toft, the rabbit lady, who was depicted by Hogarth in his etchings and Lavinia Fenton who became the Duchess of Bolton after making the promotion from prostitute to actress.  She was the Polly Peachum in John Gay's Beggar's Opera later painted by Hogarth. 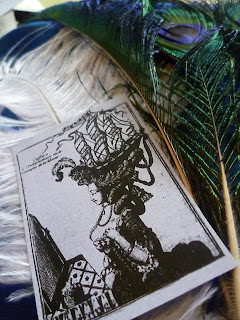 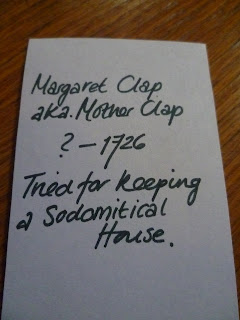 Aspects of some of the characters I met today may appear in my story, for character development is timeless. But back to the task in hand.
As we constructed hair pieces we listened to gossip about the moral decadence of perverted London and Georgian England.We heard stories from rags to riches, from the streets of London to Newgate Prison, about trials and transportation, stocks and imprisonment, of syphilis and beauty spots, of lovers and mistresses, brothels and hilarity, cross dressing and social reform. Where nimble fingers were especially useful and not just for needlework. 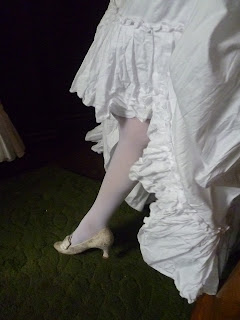 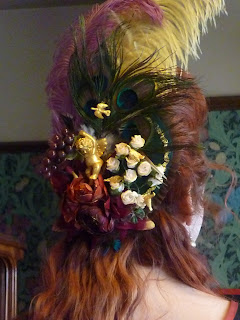 Regaled by Miss Kitty Pridden and Miss Rose Deacon in a coquettish manner, they have created a performance company  Bramfoys to celebrate the Nouveau Rococo movement.They will be taking part in this years Dress Like a Georgian Day on Saturday 6th July 2013 in the Royal Parks in London.  So we drank gin from tea-cups and admired our creations and my list of research opportunities grew longer. Kew whispered words and Shoreditch has fleshed out some the bones and I now need to work on time lines, conflict and resolution for my main protagonist. Along the way I have made an 18th Century inspired hairpiece and here it is. Writing the novel, however, will take a little longer. 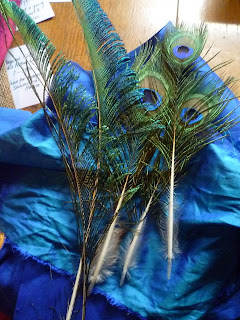 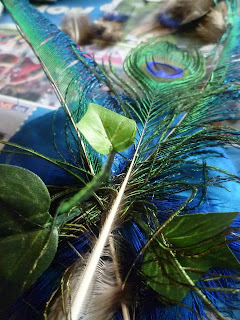 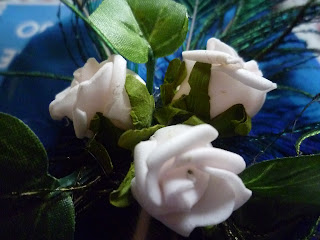 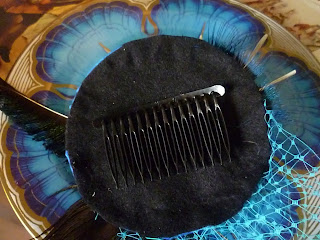 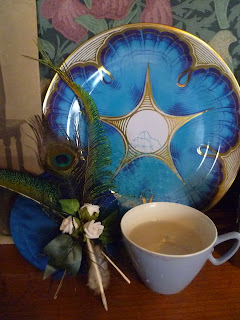