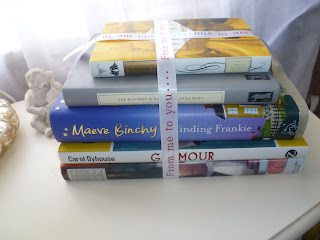 Well the Man  Booker long list is out http://www.themanbookerprize.com  and so is Richard and Judy's Summer read http://www.richardandjudy.co.uk.

So I thought I would set myself a challenge.

So many books , so little time.

Rather than buy new books, I thought I would spend the approximate price of a new paperback- £8.99 and buy books from Charity shops. These discarded items could be little gems that become my treasures. If not, back they will go until some-one else decides that they  are keepers.

So I have parcelled them all up rather like a pile of books at the end of term prizegiving.
I rather like the ribbon- a message that can be interpreted in so many ways. 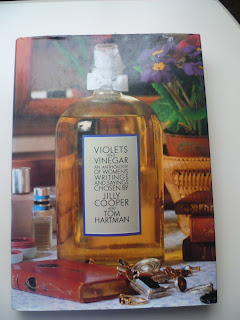 Violets and Vinegar An Anthology of Women's Writings and Sayings chosen by Jilly Cooper and Tom Hartman.[ Published by George Allen and Unwin]

After A level English and if I am honest during A level English. A Jilly Cooper was pure escapism, who didn't want to be a Harriet, Octavia, Bella or Imogen  or at least live in their romantic world?
This compilation looks most promising and I am looking forward to reading her selections. I feel a whole new reading list coming on.

I read at random:

Women have served all these centuries as looking-glasses possessing the magic and delicious power of reflecting the figure of man at twice its natural size. Virginia Woolf, A Room of One's
Own.


'How wonderful it must have been for the Ancient Britons, ' my mother said once,'when the
Romans arrived and they could have a Hot Bath.' Katharine Whitehorn, Roundabout. 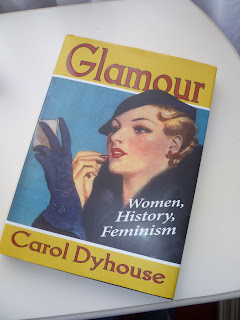 
Glamour- and Feminism- what a combination- I love the cover. It reminds me of not being welcomed at my University Women's group as I wore make up- I did wear Doc Martens- but they were purple.

The author asks-' How do we understand 'glamour'? Has it empowered women or turned them into objects?'
I cannot wait to read the chapters on Hollywood glamour and 'Princesses, tarts and cheesecake'. Illustrated with photographs of Josephine Baker , Marlene Dietrich, Diana Dors and adverts from British Vogue, this is a feast for the eye and well as food for the brain. 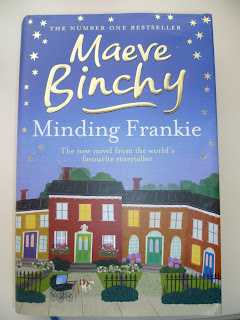 Maeve Binchy- well who does not like a good Binchy? They can be devoured at one sitting if you are willing to read the night away. Quite often you have no choice as they are so riveting. Also my Mother loved Ms Binchy and would have to have the latest as soon as it came out. So this one's for you Mummy, I can share this one with you in my thoughts.' Light a Penny Candle'  has a whole new meaning for me. Love you x. 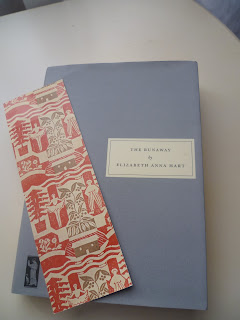 The Runaway by Elizabeth Anna Hart [ Published by Persephone Books]

I practically ran across the shop when I spied that distinctive grey spine sitting quietly upon the shelf. I felt like I had come first in the race. Who could discard a Persephone- shock?! I only hope it was a kind soul who already had the book and wanted to share it with somebody else. If not, then I need to know who she is, as I want what she does not. I could be her stalker as we have so much in common in a positive, negative way.  Anyhow, it's mine now and I have to say it will be a keeper as the grey shelf is waiting.

It has delightful engravings by Gwen Raverat.  The endpapers are from woodblock-printed curtain fabric designed by Margaret Calkin James in 1936.
Described in the Persephone Biannual as :

Who couldn't do with a little piece of happiness?

So I guess this one could be titled the Bookies Favourite. 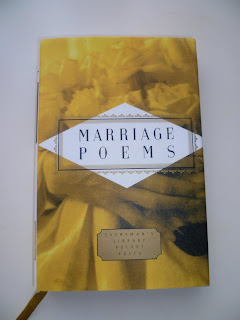 What a gorgeous hardback. So lovely to hold.
Everyman books declare-

'Everyman,
I will go with thee
And be thy guide,
In thy most need
To go by thy side.'
With sections such as Domesticities , Adulteries and For and Against Marriage, I do not think this will be a gushing, sentimental read, but an interesting, thought provoking one.

Although I will not be the most well read or up to date reader-I  award myself the prize for the most consistent, persistant Charity shopper.

The only terms and conditions are a long hot summer, filled with reading at every opportunity.

Will there be a prize winner?

Well, the Charity shops have my money and they will have my books back if they don't make the short list. Hopefully I will discover some jewels amongst the discarded clutter of other peoples lives.

Let's end with words from that great raconteur Roald Dahl:

"The books transported her into new worlds and introduced her to amazing people who lived exciting lives. She went on olden-day sailing ships with Joseph Conrad. She went to Africa with Ernest Hemingway and to India with Rudyard Kipling. She travelled all over the world while sitting in her little room in an English village."
— Roald Dahl (Matilda)