Cards and postcards are relatively easy to produce as long as the photographic image is appealing but sometimes you don't want to produce an image that looks directly like a symbol of mourning. But cemeteries can be a wonderful source of original inspiration.
One of my favourite angels is in Tunbridge Wells Cemetery and here she is: 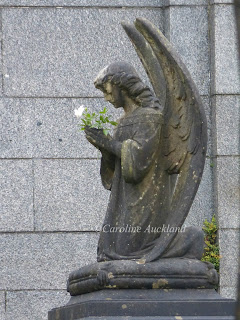 This monument is to Gertrude Mary Engledue, (1868-1952) she was reputed to have been the second wife of Sir Arthur Henderson Fairbairn (1852-1915), the first Deaf and Dumb baronet who resided in Broadwater Down, Tunbridge Wells.

But enough of history, today I took the photograph and turned this celestial being into a lino-cut during another craft work shop with Elizabeth Harbour. 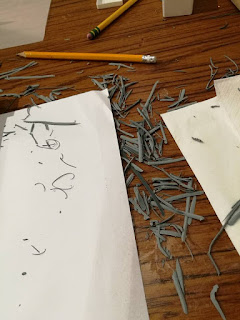 After lots of this , the following emerged 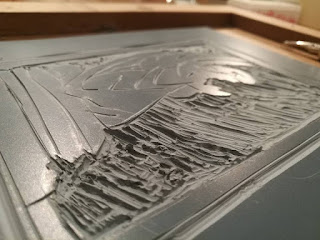 And a while later after intensive concentration 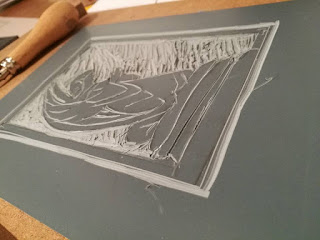 And actually. considering it is my first attempt I am quite happy with the result. 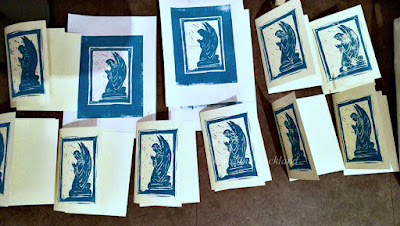 Thank you again Elizabeth and Tunbridge Wells Museum for another inspirational day.

Friends of Tunbridge Wells Cemetery
Posted by newtonhouseltd at 19:42